January 19, 2020
Return to view other newsletters

Among the many fascinating things recently discovered in DeMolay’s archives are the typist’s proofs of a letter and memorandum Dad Land wrote to Harry S Truman on May 4, 1956 about the progress of DeMolay in England. DeMolay operated for a brief time in England in the spring of 1953 but stopped after Hartford M. King, the Deputy of the Supreme Council in England, reported to Land that he had been threatened with expulsion from Masonry in a letter from Sir Sydney White, KCVO, PGW (the name is misspelled as Sidney in the letter and memorandum).1 Sir Sydney served as Grand Secretary of the United Grand Lodge of England from 1937 until he passed away in 1958.2

A person who has in any way been connected with any organization which is quasi-Masonic, imitative of Masonry, or regarded by the Grand Lodge as irregular or as incompatible with the Craft, may not be initiated into the Craft except by leave of the Grand Master or the Metropolitan, Provincial or District Grand Master, as the case may be.

A Brother who subsequent to his initiation has in any way been or is connected with any such organization as above-mentioned shall be bound to disclaim and finally to sever such connection, or on failure to do so when called upon to do so by any proper Masonic authority shall be liable to suspension or expulsion and shall not thereafter be entitled to a resumption of his Masonic privileges until he shall have petitioned the Grand Master, made due submission, and obtained grace.3

The Chapter was sponsored by the Chicksands Square and Compass Club, an organization composed of American Master Masons with the United States Armed Forces in England. In the letter, Dad Land asks Truman, as Chairman of the Executive Committee, to “do a little missionary work for us.”  Land also mentions several men have indicated their desire to see the DeMolay movement aid to the youth of Great Britain. Towards the end of the letter, Land states, “Know that the British people have a great admiration for you, you might be able to bring about a solution to our entrance into England, where no one else could possibly approach it.”4 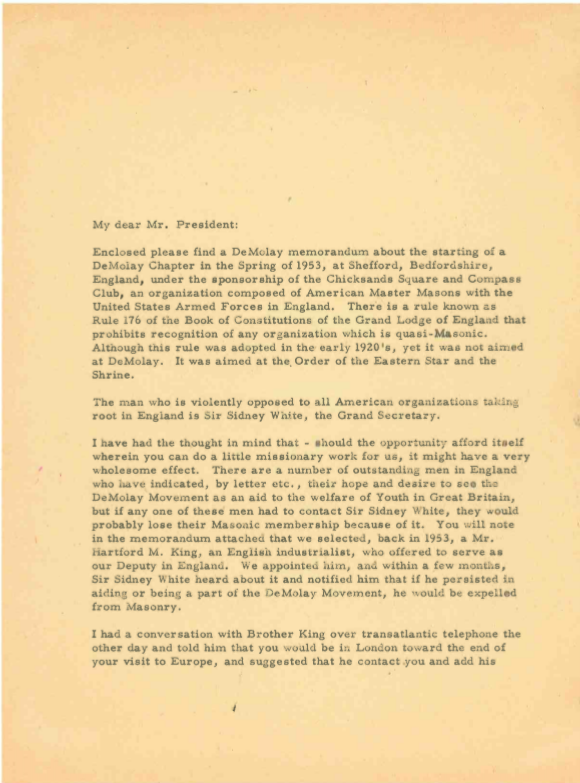 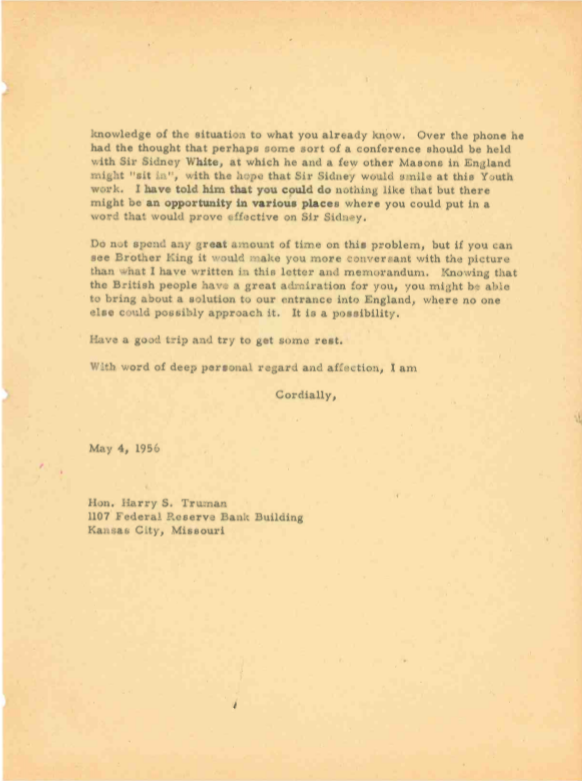 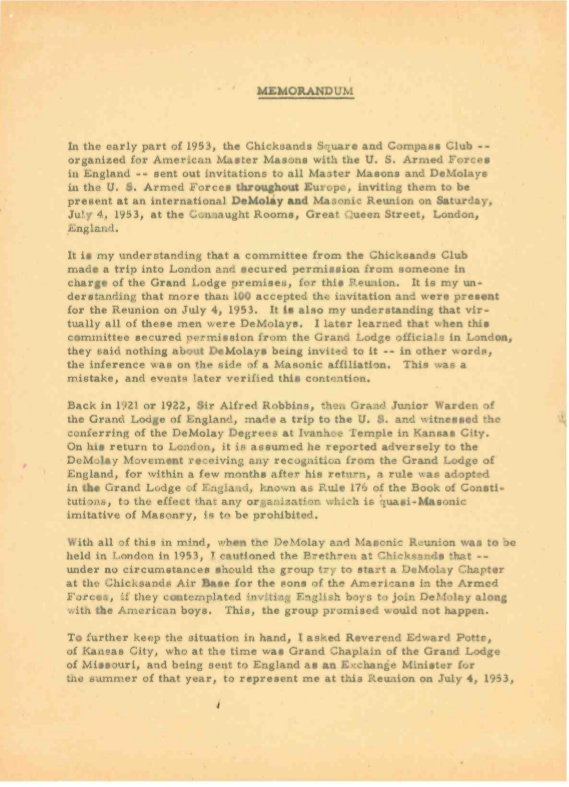 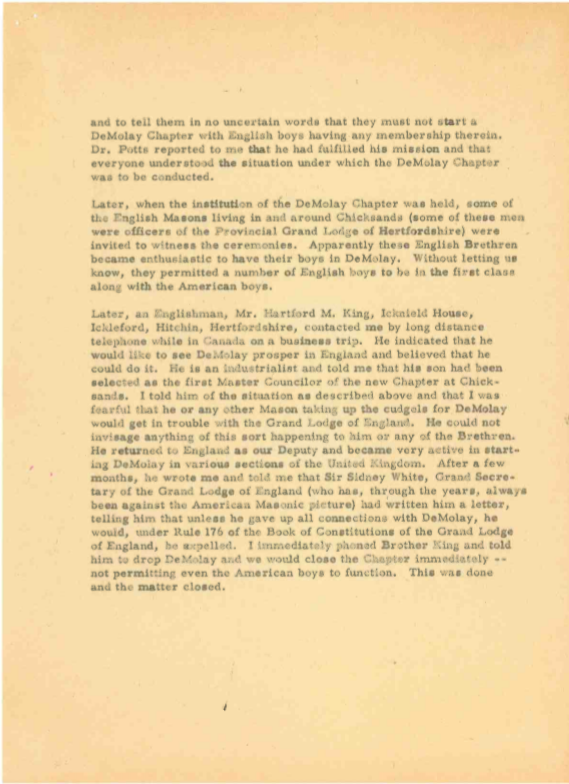 My kindly and frugal father taught me to entertain myself with simple things. One of my childhood hobbies was to collect the cocoons of the Cecropia moth, and in the spring to watch the moth emerge as things of night beauty. Their struggle to escape from confinement always excited my pity, but one day, with a fine pair of scissors, Father cut the imprisoning silk away from one such creature, helping it to emerge. In no time the moth was dead. "Roy," my father said "the struggle the moth makes to come out of the cocoon drives the poison from its body. If that poison is not driven out the moth will die. When people struggle for what they want they become stronger and better, but if things come too easily they become weak, and something in them seems to die." I know I have been able to bear adversity better because my father so vividly taught me this profound truth.

Come back next month for more speaking notes of Dad Lands, and fascinating pieces of DeMolay history!