April 19, 2019
Return to view other newsletters

The year is 1928 and DeMolay is spreading like wildfire on a windy day. You’re a 13-year old boy and want to join this new organization. The minimum age to join is 16, and the members of the Grand Council keep voting down resolutions to lower the minimum age to join. What are you going to do? Fortunately, at its annual session, the Grand Council decides to approve the use of a Pledge program, to be called “The Order of Chivalry.” The program will focus on four central points: Love of God, Love of Home, Love of Flag, and Love of Fellows, and already has a ritual written by Dad Frank Marshall himself. In the Order of Chivalry, every member is representative of a Page striving to become a Knight. During the obligation, “aspirants” take an obligation during which, among other things, they pledge to apply for membership in DeMolay when they come of age.

The report of the Committee on the Order of Chivalry at the 1929 Grand Council session mentions that there were 11 Courts established in the first year, spread among the jurisdictions of Missouri, Kansas, Montana, California, and Texas. The program “was not being pushed” by the Grand Council but was to be encouraged if local leadership thought it was a good idea. The overall consensus was that the Courts were proving to be valuable recruiting tools for their associated Chapters. By 1930, the program continued to expand the number of Courts and jurisdictions, with locations in Colorado, Tennessee, and Ohio joining the existing jurisdictions.

In 1934, the Grand Council voted to allow Active Members in each Jurisdiction (now called Executive Officers) the option to reduce the minimum age to join a Chapter to 15; in December of 1942 they allowed the option of membership at 14 and made that a mandatory minimum at their 1944 Session. The Transactions from 1931 through 1938, and from 1942-1946 were not published publicly, and cursory review of the unedited transcripts did not readily reveal any additional information about the Order of Chivalry, or any official action having been taken to disband it. That action may have been taken, or it may be that the Order, not being heavily promoted, fell into disuse as a natural consequence of the changes to the minimum age begun in 1934 and standardized in 1944.

The concept of an organization for those boys just under the minimum age to join DeMolay never left the organization’s conscience, though, as several Jurisdictions created and ran Manors of the Order of Squires for many years before it was formally established by the Supreme Council in 2015. 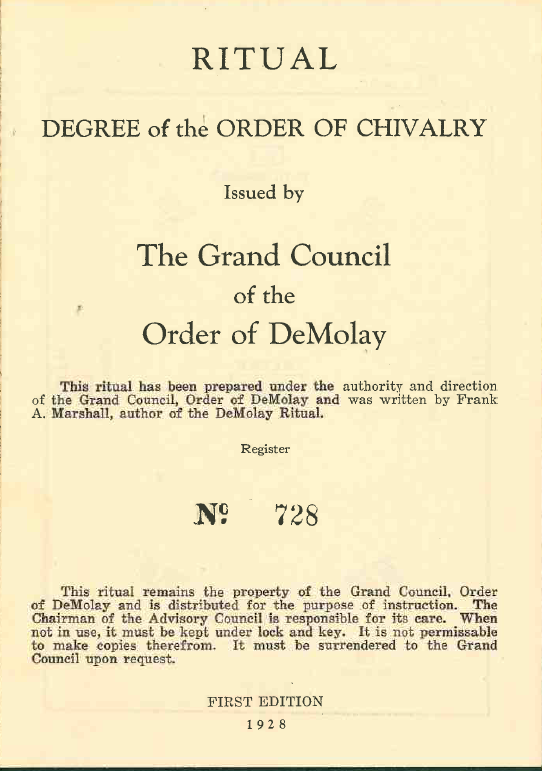 On the strange Galapagos Islands, out in the Pacific, there dwell giant turtles that live to be five hundred years old, and even older. They are so big that two or three children can ride around on their backs at the same time. They are gentle, vegetarians, harmless.

These ancients have seen the Pacific roll up its gentle waves in calm, its fearful breakers in storm. They have seen the millions of birds come and go every year. An old Galapagos has seen more than two hundred thousand risings and settings of the sun.

Yet when he dies, five hundred years old, how much really has he lived?

Alexander the Great died at thirty-three. He had watched his father, Phillip, building an army and conquering everywhere. Alexander’s only complaint as a boy was: “My father will do everything and leave me nothing to do.”

As a little boy he conquered the fierce horse Bucephalus by his intelligence.

Taught by Aristotle, one of the greatest Greek philosophers, how the brain of the young Macedonian Prince developed! He must have lived many years in one hour with the greatest mind of his age inspiring him.

And how many years must Newton have lived when, as he approached the end of his calculations demonstrating the proof of his formula, his emotion so over came him that he could not proceed. He was obliged to let an assistant finish the work which was to bring him immortal fame.

“Most important is the speed with which your brain works. Our only real life is the life of thought, and the life of affection. Nothing else counts, all the rest simply contributes to mental life” – An editor of a Chicago Paper

Wilbur Marx, log rolling champion of the world, was born in the spring of 1911 in rural Wisconsin. Wilbur Marx became the log rolling champion of the world in 1927. He was just 16 at the time, competing against others much older and more seasoned then he was. Wilbur was a DeMolay from Wisconsin most likely in a Chapter near Eau Claire were he was raised. DeMolays do amazing things everyday! What can you do today that will leave an impact! 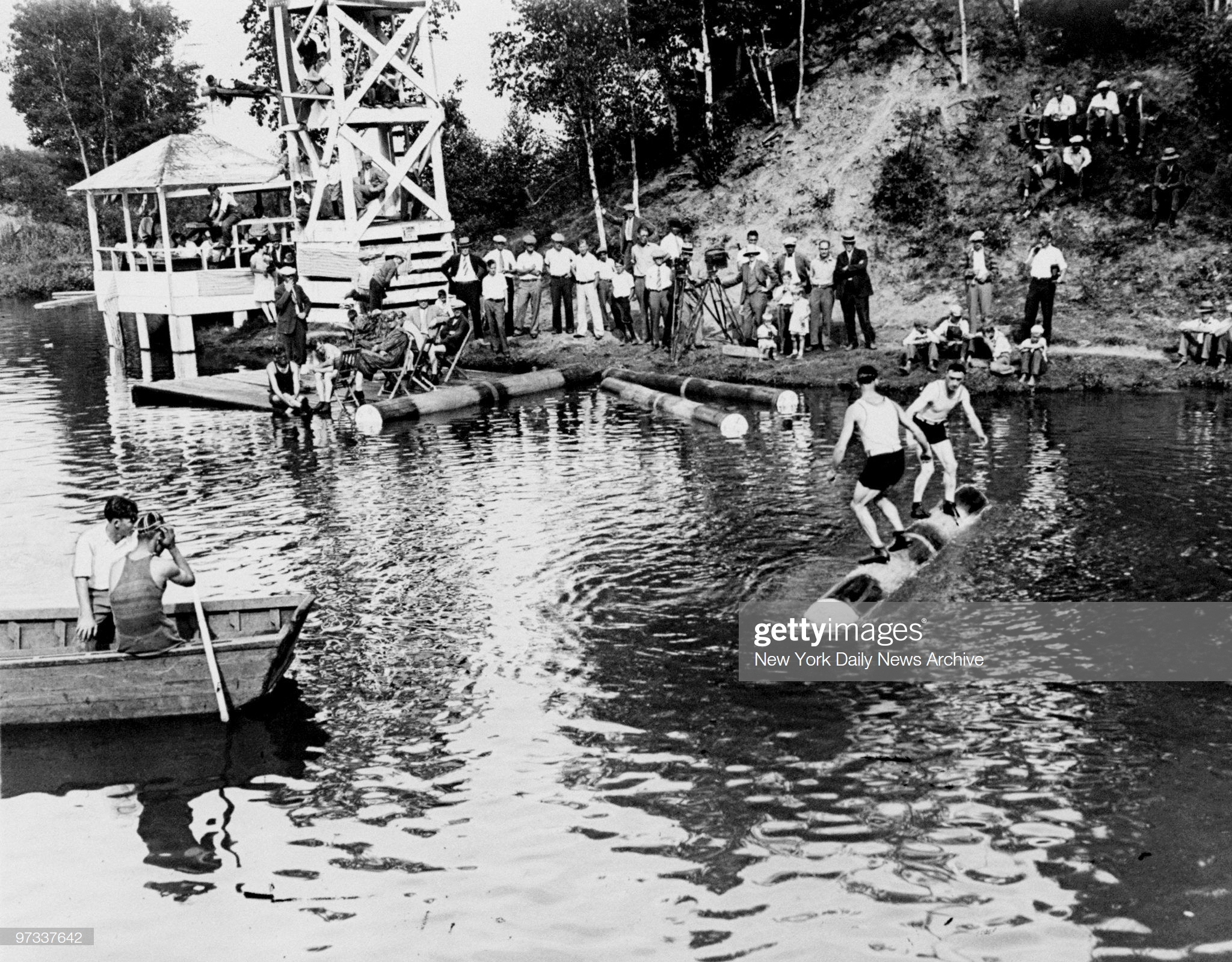 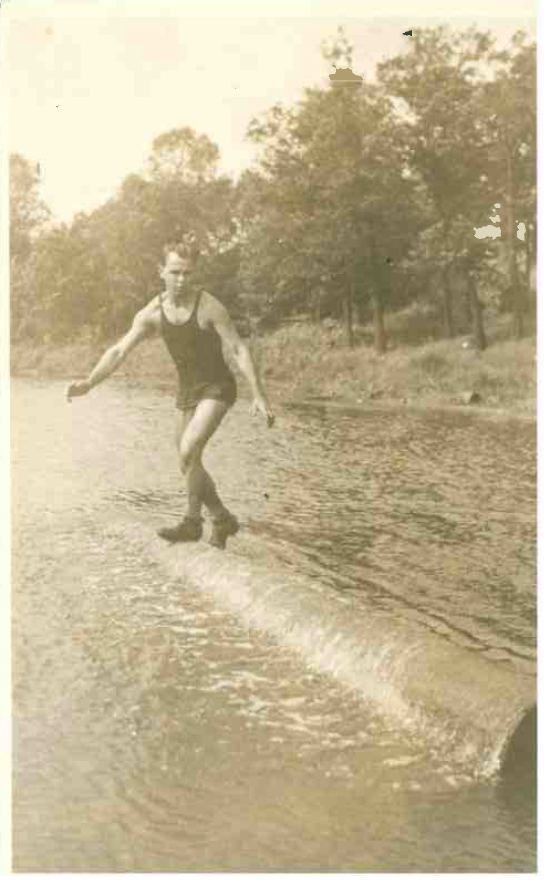