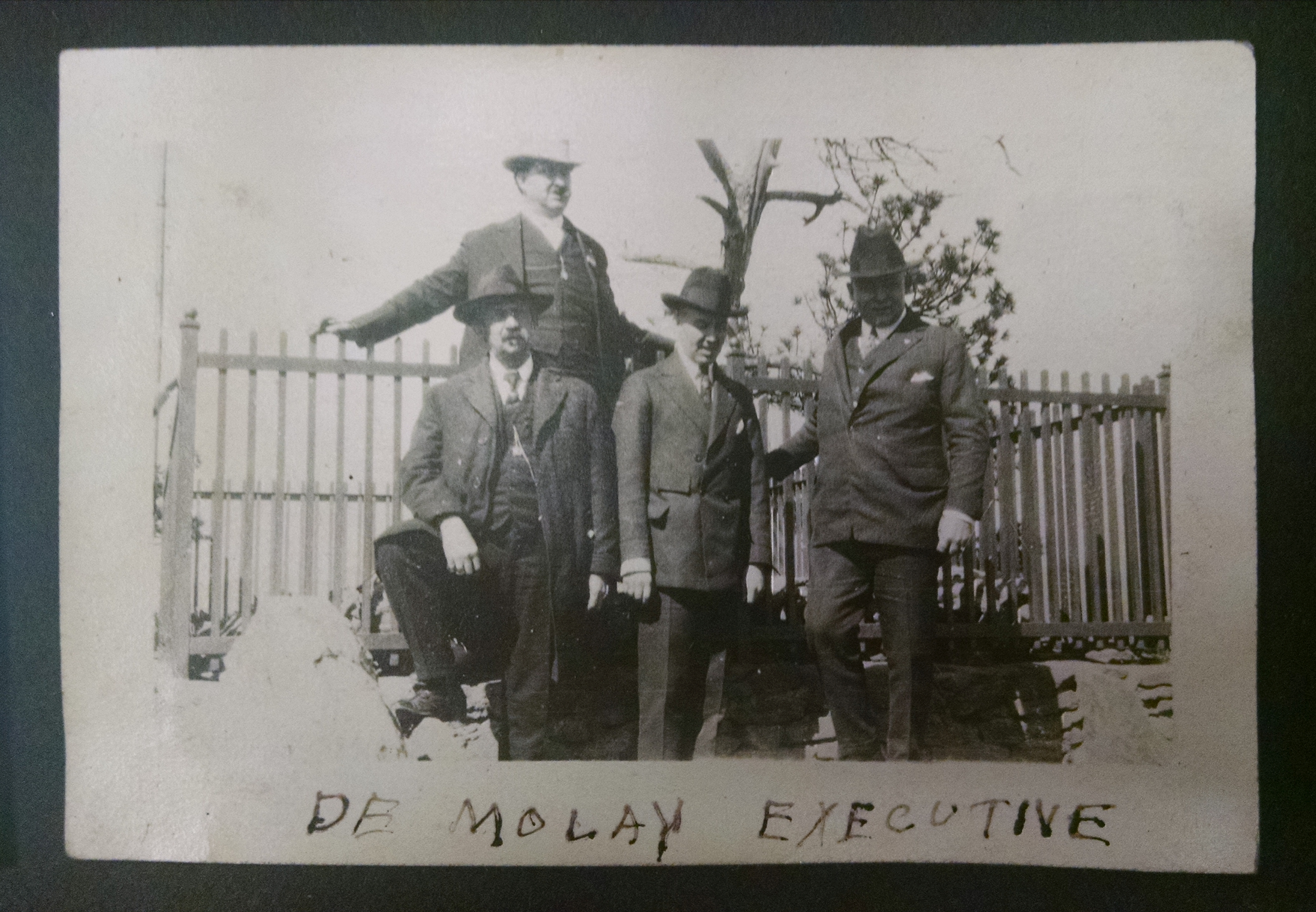 Although never intended to be a junior Masonic order, Freemasons early on saw the potential of the “DeMolay Club” to help create young men of great character and success who would, eventually, join the Masonic fraternity.  Dad Frank S. Land was wise enough in the ways of the Masons to know that DeMolay should NEVER be considered as a stepping-stone into Freemasonry.  He often publicly stated that DeMolay membership was NOT a guarantee of admission to a Masonic Lodge.  Men were NEVER recruited to join the Masons—they had to come to that fraternity by their own choice, and based upon a good opinion of the Lodge.  DeMolay was, therefore, “marketed” on its own merits as a character-building opportunity for youth to improve themselves, and to learn how to work with adults on a professional level.

However, many Masons quickly sought to bring DeMolay to their home towns as a means of supporting the youth of the community and of providing a pool of potential future members for their Lodges.   Dad Land wanted to tie the new DeMolay club to the Scottish Rite, to insure that the boys would have a regular place to meet.  So, he asked his employer, the Scottish Rite Bodies of Kansas City, Missouri, to become its official sponsor.  That task was assigned to Adoniram Lodge of Perfection, and thus the Scottish Rite became DeMolay’s first Masonic champion.

Dad Land had a way of surrounding himself with leaders who could make things happen.  One of the earliest proponents of the Order of DeMolay was Richard H. Malone, the Deputy for the Scottish Rite in Colorado, who just happened to be attending a banker’s conference in Kansas City in April of 1919.  In the evening he went to the Scottish Rite Temple for some Masonic fellowship and instead was surprised to find a mob of kids in a space formerly reserved for Masons.  Upon inquiring, he learned from Frank Land that it was a new organization, and he was invited to witness the April 1st organizational meeting of the Order, before a name had been chosen or any officers had been elected.  He returned to Colorado greatly impressed. Upon returning to Kansas City a year later, he saw the ritual, and that sealed the deal—the Scottish Rite was going to sponsor DeMolay Chapters in Colorado.

Alexander G. Cochran, the Sovereign Grand Inspector General and leading Mason of the Scottish Rite in Missouri, visited the chapter at its meeting on November 8, 1919. He was very interested in DeMolay from the start and became a great friend and supporter of Dad Land.  Within a year, he was leading the movement to start a national governing body for the Order.  We will talk more about him in a future Centennial Moment.

Ray V. Denslow was such a good spokesman for DeMolay that he was hired on May 1, 1921 as National Supervisor to help Dad Land promote the Order.  He traveled around the country to contact and address Masonic Bodies to lay the ground work for starting of DeMolay Chapters in new jurisdictions.  He was the “advance man” and was successful in arousing much interest and starting a large number of new chapters.  Being so successful and becoming well known in Missouri, Denslow was elected to and accepted the full-time secretarial positions in the Grand Chapter of Royal Arch Masons, the Grand Council of Royal and Select Masters, and the Grand Commandery of Knights Templar of Missouri.  That ended his DeMolay gig, and the position, which had been created to fit his particular talents, was eliminated.  He later became Grand Master of Masons in Missouri in 1931, and was nationally known as a Masonic author, lecturer and scholar.

Other important names in the earliest days were D. Clark Kelly of Kansas, Edward Ashley of South Dakota, Jesse M. Whited of California, Ralph Minehart of Pennsylvania and Jesse A. West of Iowa.

1.) Even though Dad Land would object, we still hear Masons today, (and sometimes even advisors,) say to our members “You boys are the future of Freemasonry.” How do you feel when you hear that? Proud?  Excited?  Scared?  Uncomfortable?  Pressured? Resentful? (Once again, there is no right or wrong answer!)

2.) Do you think the Order of DeMolay has had an effect on the leadership of Freemasonry?

3.) Do you know of any Senior DeMolays who are now leaders of their Lodges, Districts,
statewide or national Masonic organizations?

4.) Do you think your DeMolay training gives you an advantage in becoming a leader in Freemasonry?

5.) Dad Land’s Masonic friends were many in number, and were important people in the fraternity. Do you think Dad Land sought them out to enhance his own reputation as a Mason, or was his motive solely to promote and support his new youth organization?