Finding Your Place in Life

Finding Your Place in Life

Frank Land was an organizer and paid attention to detail. Whatever he did, he threw himself into it fully. The restaurant business was doing well, and he improved the facility, made the dining room more elegant, hired a cook, a dishwasher and a waitress, and eventually remodeled the office into an apartment where he could live on the premises. To make additional money, he worked for a year as a part-time substitute artist for the Kansas City Star, making line drawings and sketches for advertisers in the newspaper. He had a natural talent and had taken a few courses at the Kansas City Art Institute at night while still in school. It was at the Art Institute that he also found a calling for public service, and became involved in the Municipal Art League. He organized a downtown beautification project that removed ugly billboards, planted gardens on vacant lots and installed ornamental streetlights. The Art Institute was also where he had met Nell, who had a been a friend and love-interest for 5 years. He finally had a career and a steady income, and so, on September 15, 1913 Frank Sherman Land married Nell Madeleine Swiezewski. She was his soulmate; they could talk about anything, and it was to be a lifelong commitment. 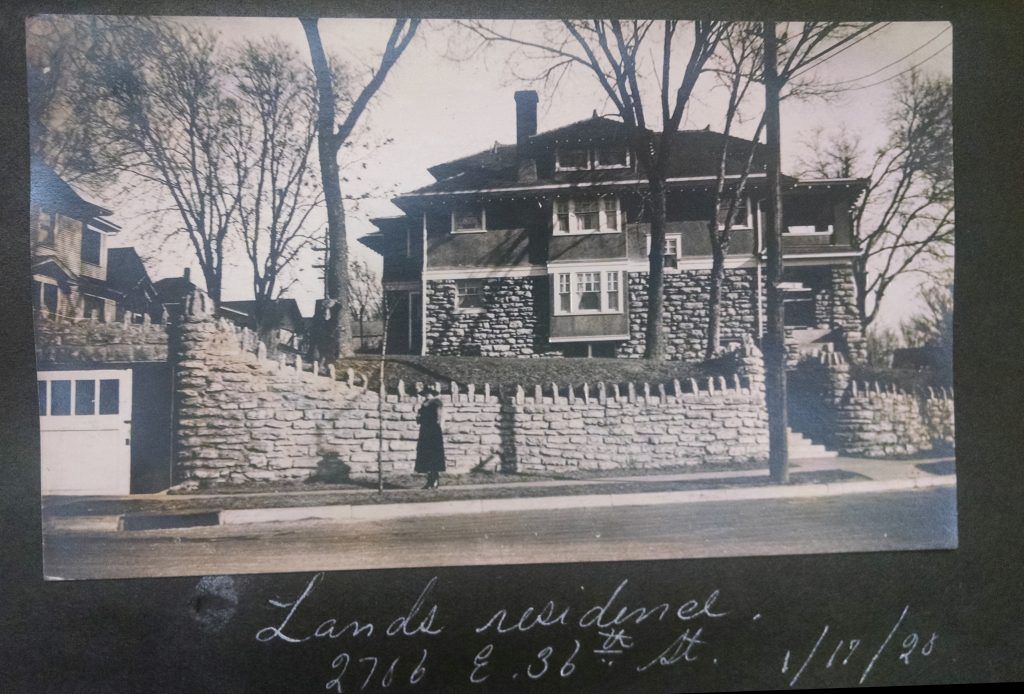 His membership in Freemasonry was also a big commitment, and he became involved in many organizations. He volunteered as the Secretary of the Scottish Rite Employment Bureau that helped to pair Masons with potential employers. He made a strong impact on the lives of many Masons and their families. He left such a positive impression that, in September of 1914, he was asked to expand his work and take on a full-time position as the Administrator and Secretary of the Masonic Relief Committee of the Scottish Rite. At almost the same time, he was offered a large sum to purchase his thriving  restaurant business, at a profit of over $8000 (equal in purchasing power to $192,000 today!) Consulting with Nell on such a major decision was natural, and she told him to sell the restaurant and accept the job offer, because she knew that he was a happier person when he was focused on helping others. With that money he was able to buy a beautiful large home at 2706 E. 36th Street, in Kansas City, MO and provide for his future.

1. How would you describe Dad Land’s work ethic?

2. Some people are naturals at making money. Some are creative and write, paint, carve,garden and develop beauty in the world. Others are inclined to serve people. Which kind of person are you? And how does that make you feel?

3. Dad Land had a very supportive family, a community that relied on his abilities to make the downtown more beautiful, and a Masonic fraternity that valued his work. But when it came time to make some major decisions in his life, he naturally turned to his wife for help and advice. When faced with really big decisions today, who do you trust and turn to for advice and support?