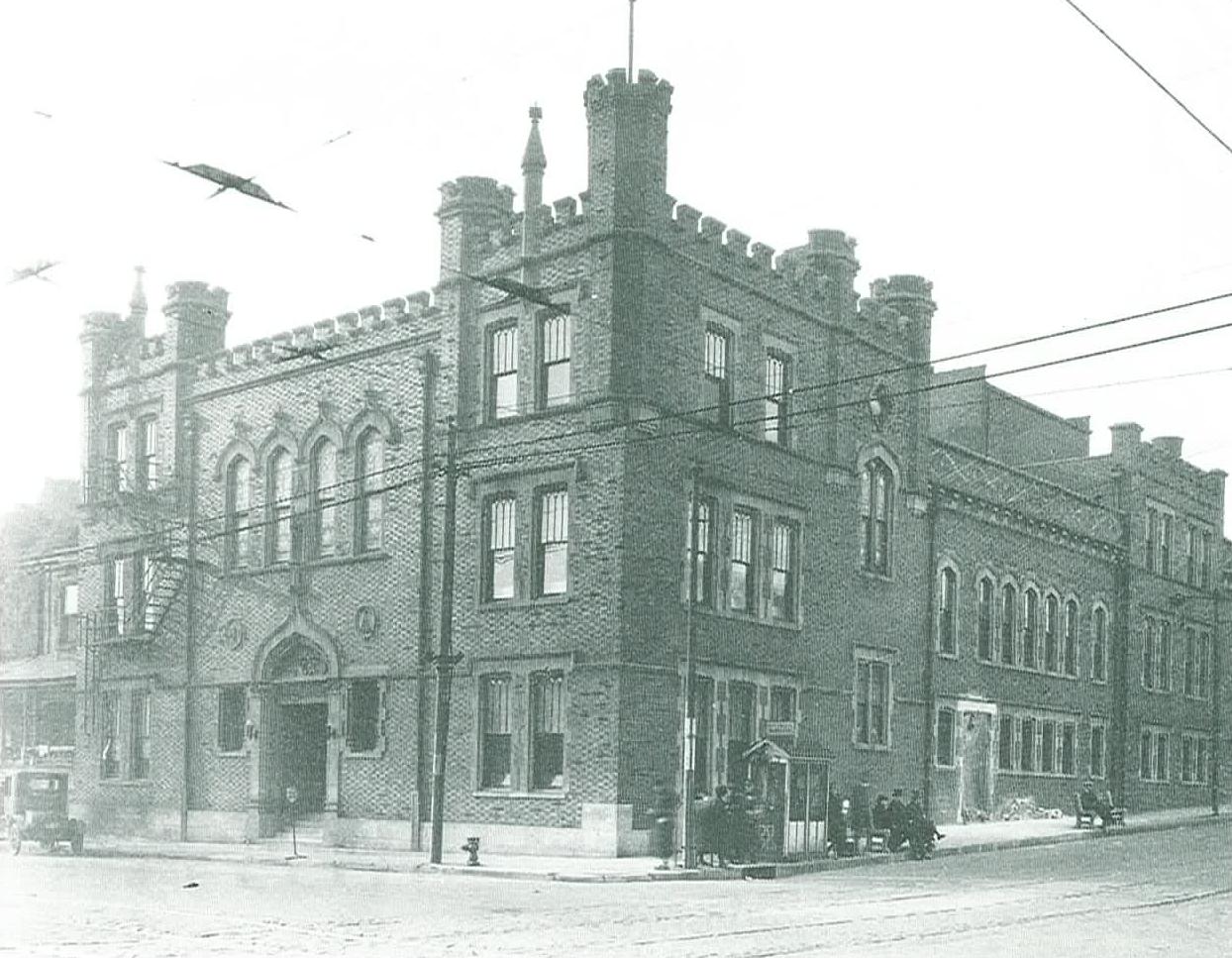 In the Minutes of the first meeting on April 1st is this entry:   “A committee of six… was appointed to meet with Mr. Land and decide the question of number of members to be allowed in the club.”

We have all probably heard the story of the subsequent meeting where the boys proposed and approved a limit of 75 members and Dad Land’s gentle rebuke of the idea.  As Gorman McBride, the first Master Councilor often told the story, “he proceeded to tell us—and in no uncertain terms—how selfish and inconsiderate we were. He told us that we were operating and thinking absolutely contrary to every idea that he had in mind for this organization.  He reminded us that there were three other high schools in Kansas City which had young men who were just as capable, just as qualified and just as upstanding as we were. He said that if it was good for one boy, it must be good for all eligible boys. He reminded us that ‘to become big we must be big.’  Anyway, were felt very much ashamed of ourselves, and the motion to limit membership to 75 was rescinded."  It is interesting that the result of that committee meeting with Dad Land, and this lecture by him in the next Council meeting, was never recorded in the Minutes.

The next meeting, one week later or April 8th, the boys got down to business. Immediately after the meeting was declared open, “Mr. Lewis” moved that the first action to be taken was to vote on new members. The motion passed.  He next moved that unanimous approval was necessary to be elected to membership, and that motion also passed.  Then, 13 new members were approved, at least some of whom were present at the meeting, because Lester Pennington was among those elected to membership and then was elected to serve as Vice President, following Gorman McBride.

In the April 15th meeting Dad Land suggested changing the title of President to Master; 1st Vice-President to 1st Warden; to add a 2nd Warden, and to call the Secretary by the title of Scribe. The Sergeant-At-Arms was renamed the Sentinel. A Second Warden and a Chaplain were elected, two committees were appointed to accomplish specific tasks. Two new members were approved, but one name was held over to the next regular meeting.

At the April 22nd meeting, that name and three others were approved for membership, and one member was “dropped from membership of the club having missed three consecutive meetings.  A Pin Committee’s design was approved. It was agreed to have a club photograph taken at the next meeting, and a representative of the Scottish Rite was introduced to speak to the club, making John H. Glazier the Chapter’s first “distinguished guest.”  He would later become the Chairman of the new club’s Advisory Council.

1.) What do you think when you hear about these early meetings? How were they similar to what we do today?  How were they different?

2.) Why wasn’t the motion to limit membership, and its passing, and then rescinding, reported in the Minutes? Do you think this was proper? (We don’t know the answer to this—what is YOUR best guess?)

3.) Why wasn’t Dad Land’s lecture to the members reported in the Minutes of the April 8th meeting? (We don’t know the answer to this, either, but what is YOUR best guess?)

4.) Being selective about their membership was still important to the boys, even though they gave up on limiting the total. What actions were taken in these meetings to affirm their standards for members?

5.) Something happened in the April 15th meeting that was to change the course of DeMolay history. Re-read that paragraph and see if you can identify that “something.”  (We’ll talk more about that in our next Centennial Celebration Moment.)