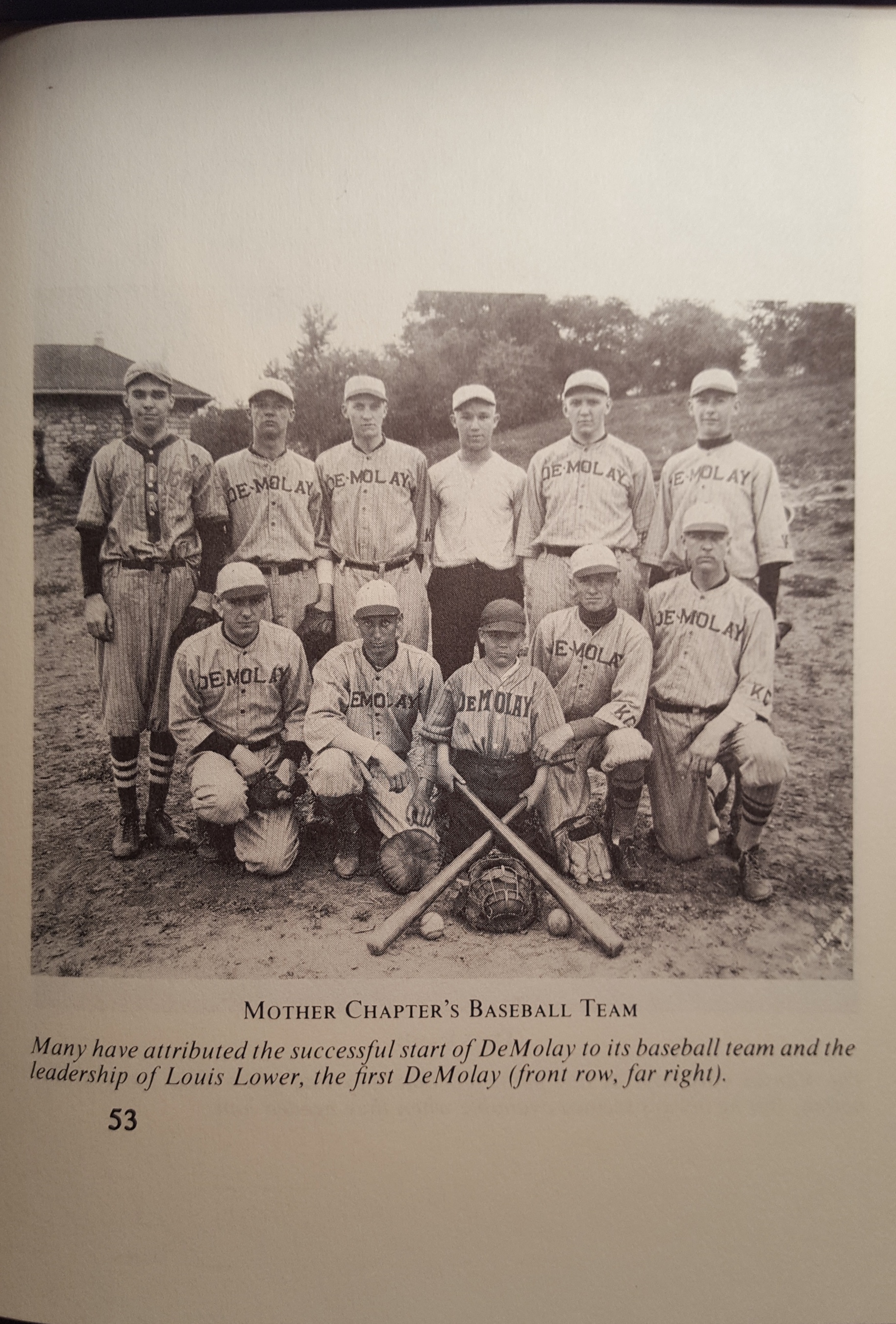 Many Chapters participate in a balanced program of social activities, civic and Masonic service, athletics and Chapter meetings and ritual performance.  But when DeMolay was starting, it was an athletic program that first brought the boys together as a team.

“From the organizing meeting of March 1919 until mid-summer the new Club of DeMolay grew with a championship baseball team led by Louis Lower as pitcher and Ray Hedrich as the catcher.”

There is a photograph of the uniformed DeMolay baseball team taken during that first summer.  The small bat boy in the center of the photo is Elmer Lower, Louis’s younger brother.

With the Chapter formally organizing in April it didn’t take long for the baseball team to form. But the very first mention of sports in Mother Chapter’s minutes appeared on May 13th, when a committee was appointed to set up a tennis bracket—and “Brother Land offered a silver loving cup to the winner of the singles tournament.”

A week later, on May 20th this notation is in the Minutes: “Brother Sewell was appointed to organize a second team to give the first team a game.”  This must refer to a second baseball team—if it was tennis, the reference would have been to a “match.”

After that, there is no mention of sporting events in the minutes, but there are plenty of references to girls, dances, picnics, a band, a patrol, and other social groups and events.  Likewise, there are no further references to sports in “Hi, Dad!”

1.) If the new DeMolay club had a championship baseball team, and an alternate team, why do you think it was never again mentioned in the Minutes?

2.) What did you learn about Dad Land in this short narrative?

3.) How would you characterize your Chapter’s athletics program? Do you think your Chapter would grow if you concentrated on having more athletic activities?