February 19, 2019
Return to view other newsletters

One Hundred Years Ago Today

The story that would become DeMolay began with a phone call to Frank S. Land in the early days of January 1919. Asked if he could find the young man a job, Land agreed to meet with him the next day. After the interview, Land decided to hire Lower to do odd jobs around the Kansas City Scottish Rite. As their relationship developed, Land became convinced that there were more young men like Lower who could benefit from positive male role models, and asked Louis if he wanted to bring some of his friends to a meeting to discuss forming a club.

That meeting occurred on February 19, 1919, with Land, Lower and eight other young men. They decided to form the club and began to hold planning meetings weekly. In addition, they held almost daily discussions at school and Land’s office at the Scottish Rite.

The “original nine” as they would come to be known, consisted of Lower, Gorman McBride, Ivan Bentley, Edmund Marshall, Clyde Stream, Ralph Sewell, Elmer Dorsey, William Steinhilber, and Jerome Jacobson. All were around the age of 17, and they had developed their friendships as the principal players on a local recreation-league baseball team. As part of the formation of their “club,” Land arranged for the Scottish Rite to sponsor the team and help provide uniforms.

The concept of creating a club was a simple one for the young men, but they struggled greatly with selecting a name. Beginning at that first meeting on February 19, they spent countless hours over the next month considering – and rejecting – dozens of names for the new organization. It wouldn’t be until March 18th that they asked Land for a recommendation from the Masonic fraternity, and his telling of the story of the martyrdom of Jacques DeMolay that they found their inspiration and the “DeMolay Club,” soon to be a DeMolay Chapter and then Mother Chapter, was born. 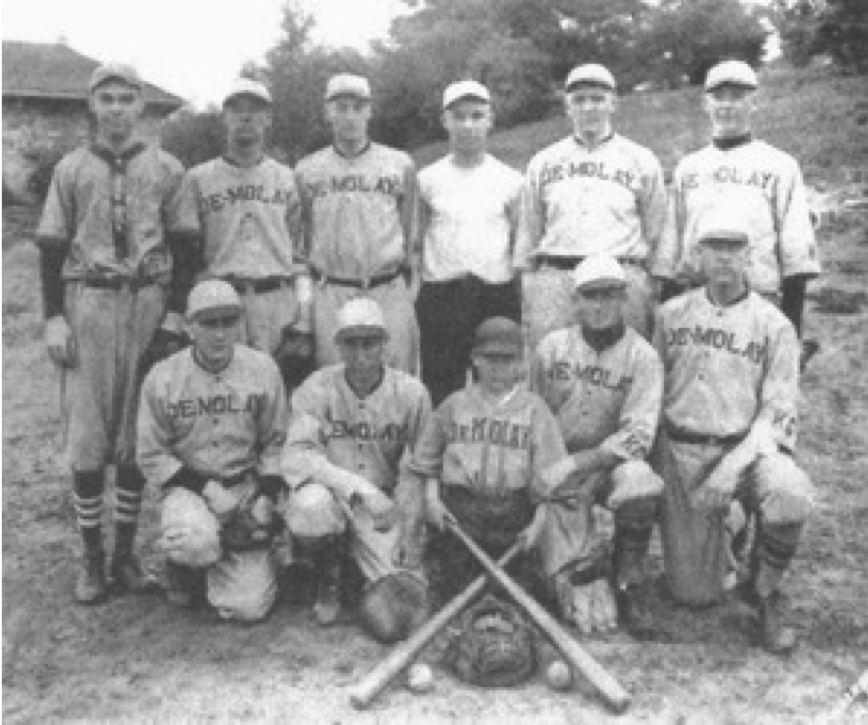 Toscaninni, His Orchestra and Beethoven

“Toscaninni’s favorite piece is the Ninth Symphony of Beethoven. He insists that his orchestra rehearse it piecemeal, each group of instruments playing its part alone; and he is very exacting aobut it. Then they must all play the Symphony together. One day the orchestra had had a piecemeal rehearsal. Then in a hushed hall they played that mighty melody at concert pitch and with concert verve, and the volume of the melody gathered and grew until every man was lifted higher and higher; when it was finished the first violinist said to the second violinist, “If he scolds us after such perfect playing, I will jump up and push him off the platform.”

“But Toscaninni did not scold. As the last note died away he stood like one transfigured, with a terrific emotion in his heart. He exclaimed, “Who am I—Toscaninni? I am nobody. Who are you? Nobody. I am nothing; you are nothing. It is Beethoven. He is everything!”

“Who are you brethren? Nobody. Who am I? Nobody? I am nothing. You are nothing. It is God; and He is everything.”—Realff Ottesen