Everyone Was a Ritual Expert 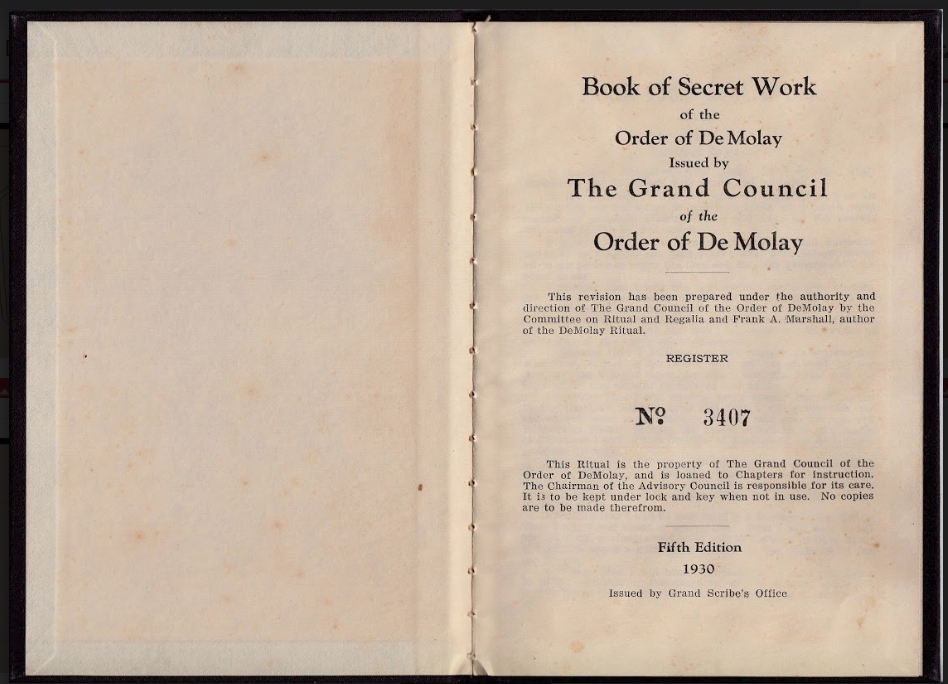 Continuing on last week's theme of the development of the Ritual, it is worthwhile to note the dates of the printing of each edition.

(Except for the 1st Edition, and until the 10th Edition, the obligations and signs were printed in a "Book of Secret Work" only in possession of the Chapter Advisor and Chairman.)

There were six editions in the first 18 years of the Order's existence, and dates were not included in the first three editions, but by reading correspondence, Proceedings of the Grand Council and other clues, we have a sense of when they were published. You can see that the frequency of revision lengthened over the years. From 2 years, to 3 years, to 4 years, to 7 years, to 8 years, to 14 years leading up to the 1959 text, which was the final DeMolay Ritual work that Dad Land would know. Most of these rituals had "some" changes included, and the early years of experience performing the ceremonies helped them develop into what we know today.  In 1974 the Supreme Council voted to only make changes every 10 years, and that worked for 1984, then stretched 11 years to 1995 and then 17 years for the latest edition.

At the Second Annual Grand Council Session of 1922, held in Kansas City, Missouri, a long discussion of the ritual, and what to do about it, commenced.  The ritual, although universally beloved at first exposure, set the minds of many Grand Council members on a crusade to make their own mark on the ceremonies.  Some of the topics discussed included the inadequacy or incomplete nature of the DeMolay Degree, the fact that the installation service did not mention the Bible and school books, perceived misprints in the second edition, the use of the phrase "Speak your name" instead of "Give your name,"  substituting the word “unworthy" for the word "snobbish," removing the phrase "On my honor as a Mason’s son" and direction that the Installation of Officers, Majority Service, Parents' Day Observance and Funeral Service should be added to the next (3rd) edition of the Ritual. 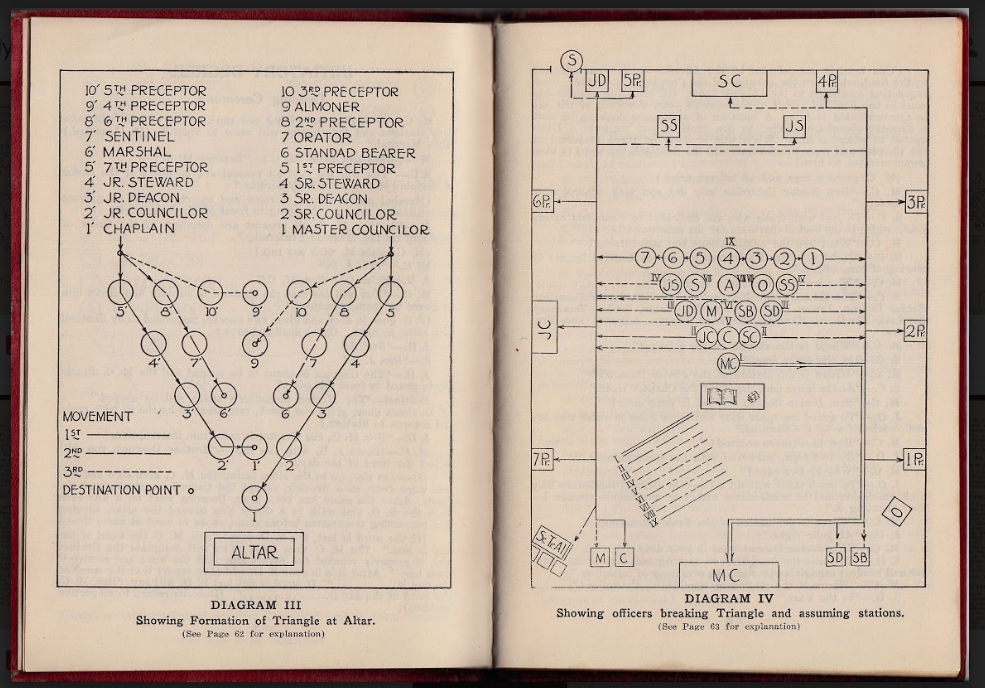 The Grand Master Councilor, Alexander G. Cochran, mentioned, several times that many of the boys do not know the words to the patriotic songs, AMERICA, or THE STAR SPANGLED BANNER.  He wasn't concerned about them knowing the first verses-- just that they did NOT know the 2nd, 3rd and 4th verses!  Someone suggested that they be printed in the Ritual, but at that time, each Chapter only had 10 copies of the Ritual, and the boys would not be able to keep them to study those words of the songs. So they settled on the idea of printing song books with these and other music in them.

One of the more peculiar comments made at that Annual Session concerns the pronunciation of the namesake of the Order:

"BROTHER WILKINSON:  Brother Grand Master Councilor:  I think it is time perhaps to suggest that in the next printing of the Ritual it should indicate the proper pronunciation of the name which we are to use for this great martyr.  I find that college graduates call it "Jakes" and others will call it "Jack" and others will call it "Ja-kwees."  Now, I know there are different pronunciations given.  I do not mean to say that the English and the French pronunciations will agree, but I do mean to say that this name has been 'Anglicized' and the best dictionaries have given the pronunciation and call it "jay,"italicised "quez," DeMolay, "M," long "o," "l," long "a," “Jacques DeMolay."

Jay-quez?  Really?  Yes.  That convention comes from teaching Shakespeare, where the character of "Jacques" in AS YOU LIKE IT is very specifically pronounced "Jay-kweez" (perhaps to tweak the noses of their perpetual rivals in France?). We can be thankful that they did NOT  adopt that pronunciation, and stayed with the French "zhak."

1.) Why did so many people want to make an impact on the text of the Ritual?

2.) If your Chapter only had 10 copies of the Ritual, how would you have learned any parts?