A few months ago, you may remember that we announced the discovery of several marshal’s batons that had been commissioned by Dad Land when he was in the advancing line of the Imperial Shrine but that he had not given to anyone. Those were sold to raise money for the museum at the Service & Leadership Center. After we sent them to the buyers, we were informed that we had misidentified the purpose of the items. They are not marshal’s batons at all…they are actually “swagger sticks” and are an imitation of a longstanding Imperial Shrine tradition from Dad’s Land’s time. We now understand that these are a copy of silver swagger sticks that were given to the incoming Imperial Potentate for many years by one of the Shrine Temples. The stick would have bands on it that listed all of the Masonic bodies that he had presided over. Dad Land would have been aware of this custom and seems to have adopted it to present these wooden versions to those who were close to him or assisted him during his time as an Imperial Officer. All of the ones that we have in the DeMolay collection, or that we have seen, that were presented have bands dating from the last five years that Dad Land was in the Imperial Line. Last week, we were able to make the first major acquisition for the museum using the funds generated by the swagger sticks…fittingly one of the swagger sticks that Dad Land had presented. This one is unique from the others that we’ve seen in two ways: first, it has a date band from 1946, and then skips to the usual years of 1949 to 1955. Second, it is the only one known to have been presented to one of the Original Nine DeMolays. It was presented to Dad Gorman McBride! 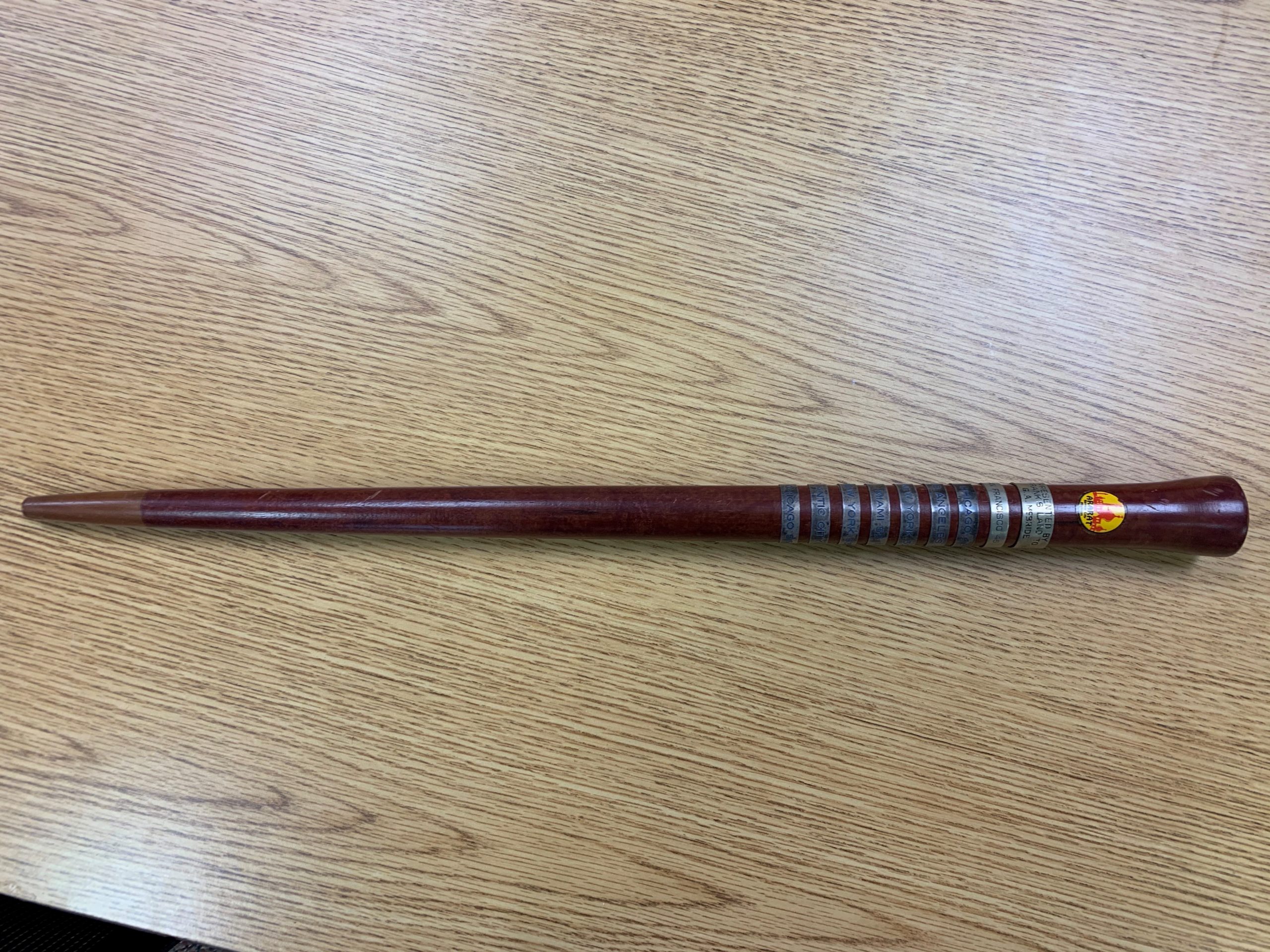 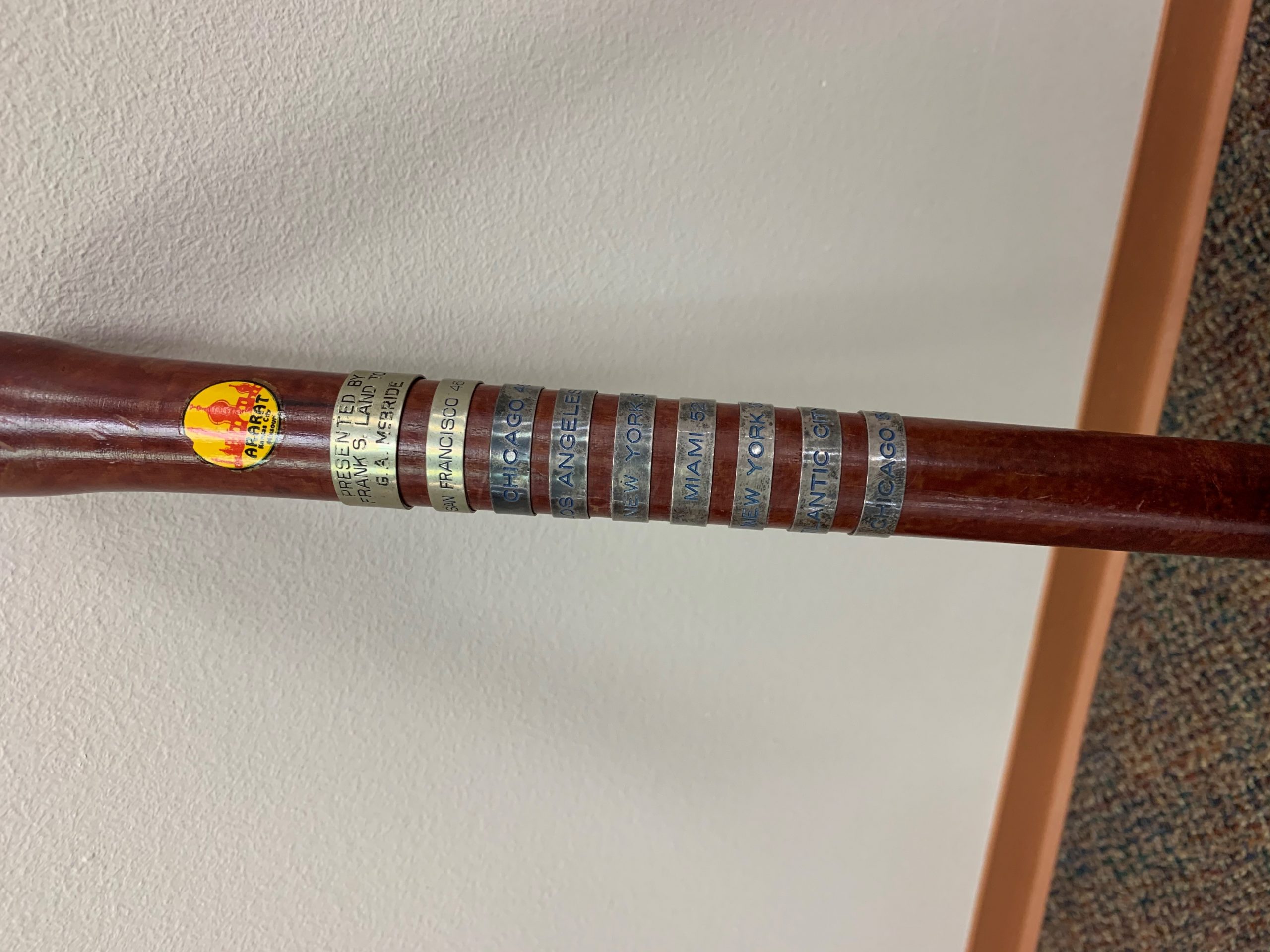