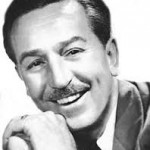 "I feel a great sense of obligation and gratitude toward the Order of DeMolay for the important part it played in my life. Its precepts have been invaluable in making decisions, facing dilemmas and crises. DeMolay stands for all that is good for the family and for our country. I feel privileged to have enjoyed membership in DeMolay."