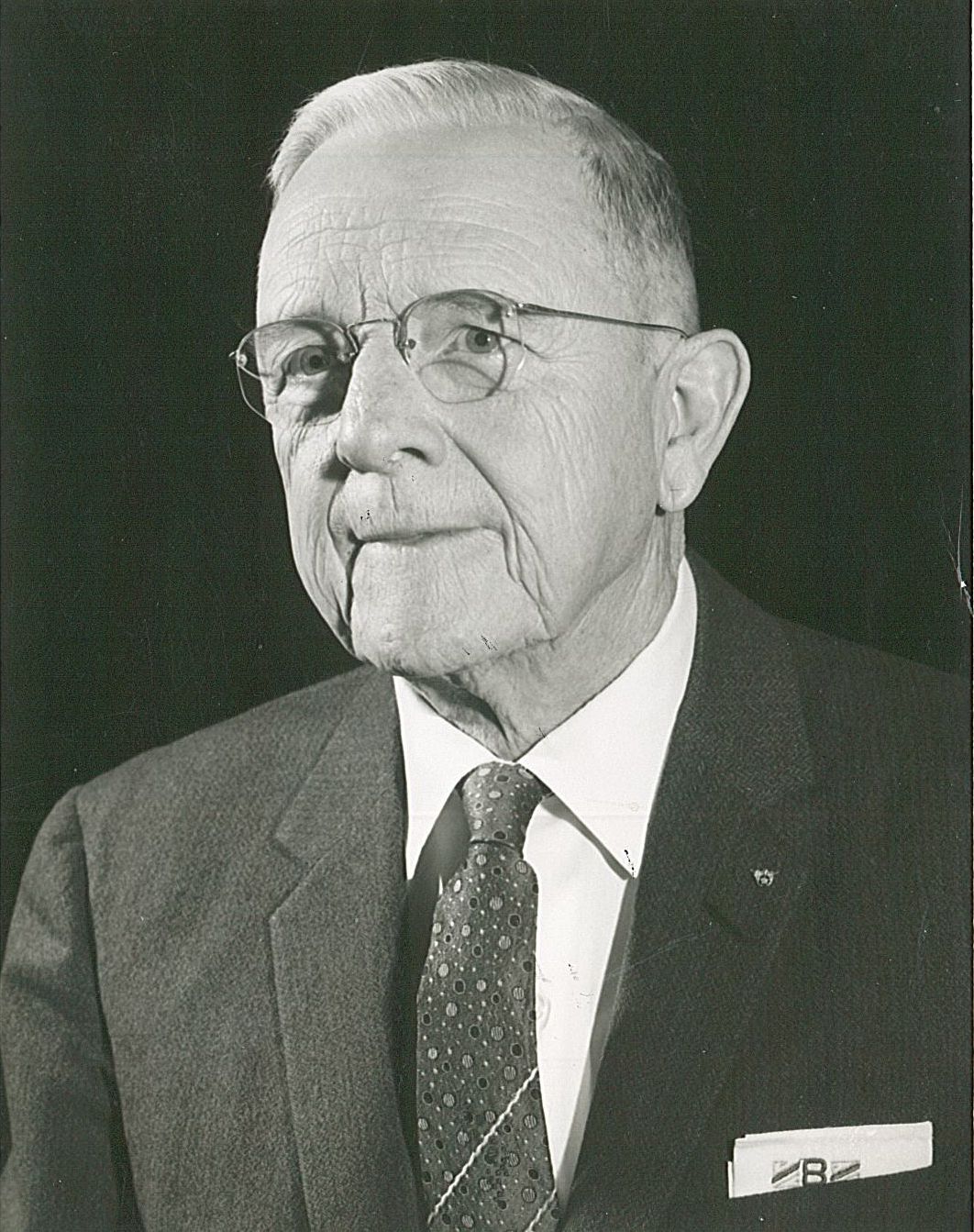 Every organization has it public face, and its internal support system.  “Dad” Frank S. Land was the heart of the Order of DeMolay.  Frank Marshall created its soul with the rituals he wrote.  But when Dad Land hired Charles A. Boyce, a member of Ivanhoe Lodge No. 446 AF&AM, to serve as the Grand Council’s General Auditor on June 12, 1922, he found a backbone to support the rapidly expanding structure of the Order.

He gave Boyce the freedom to supervise the office and set up bookkeeping and other systems to handle the increasing amount of work.  Boyce had been with the Kansas City Southern Railway Company in the General Headquarters Office for 16 years.  At the time he was approached by Land regarding the position with DeMolay, he had been in charge of the Auditors of Receipts office with 153 employees.

But he saw the immense challenge of this fledgling youth fraternity and knew that he could manage the rapid growth of the Order.  He understood that it required carefully kept financial and statistical records.  A bookkeeper, stenographer and two additional clerks were employed. The books and the chapter rosters were brought up to date and the clerks started checking the annual reports that had been received from Chapters. The reports contained many errors.  It was necessary to write to the chapters and adjust their records to agree with the corrections made by the office in checking the reports. This work involved the verification of thousands of names and resulted in the collection of a considerable amount of additional initiation fees from candidates that had not been properly reported.

Boyce became instrumental in many new programs.  He co-supervised the first National Leader's Training Camp, held at Bear Lake Lodge, Colorado, about 10 miles west of Estes Park, in August of 1924. The camp was very successful and well attended by both DeMolay members and Advisors. The camp was also under the supervision of Roy E. Dickerson, Director of Program and Activities and Louis G. Lower, the first DeMolay.

Charlie Boyce was the man who suggested that an Honorary DeMolay Legion of Honor should also be presented, to Master Masons who had not been young enough to join DeMolay as a youth.  “Dads” Land and Marshall, who were developing the Legion of Honor Investiture at that time, liked the idea.  Boyce, Dickerson and George Sykes, another Grand Council staff member, were invested with the secret vow given only to Legionnaires on May 27, 1926, in Dad Land’s Grand Council office, one day before the conferring of the Legion of Honor on the first class of members, including the first Active Legionnaire, Louis Lower.

Charlie Boyce was known as “the little man of graceful charm.”  He didn’t take credit for his ideas or his innovations or the work he accomplished on behalf of the Order.  He preferred to work in the background, leaving the limelight to “Dad” Land, “Dad” Marshall and Louis Lower.  But he was there as a constant supporter, and Executive Assistant to the Grand Secretary General (Dad Land’s final title) and was even named as the Active Secretary General when Dad Land died until his replacement could be elected by the Supreme Council.  He retired from DeMolay after 37 years of service in March of 1961 at the age of 72. He died in 1968.

1.) Does your Chapter have members or advisors that you could point to as the heart, soul and backbone of your Chapter?

2.) Imagine what it must have been like to keep track of 400 Chapters, each with 100 or more members, and to know their addresses, payments, honors, dues status, and more… WITHOUT THE HELP OF A COMPUTER! How did they do it?  Can you guess?

3.) Who do you know who does a lot for your Chapter or your jurisdiction, who doesn’t get much public credit, but without whom DeMolay would suffer greatly? How can your Chapter acknowledge him or them, and express your appreciation for what they do?