In the “Random Rules” file we came across this interesting item in the October 1934 edition of the Grand Council book of Chapter Regulations: 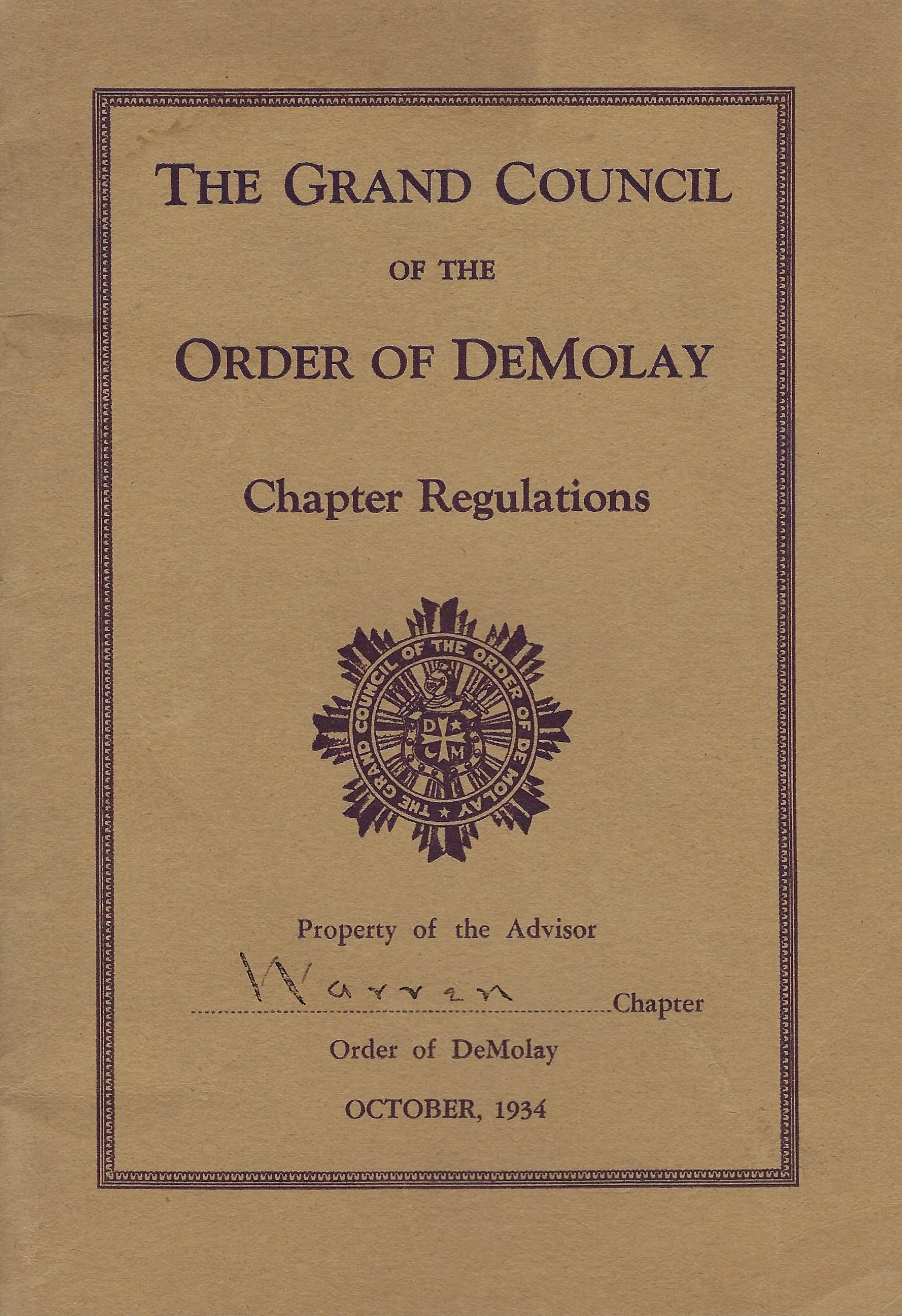 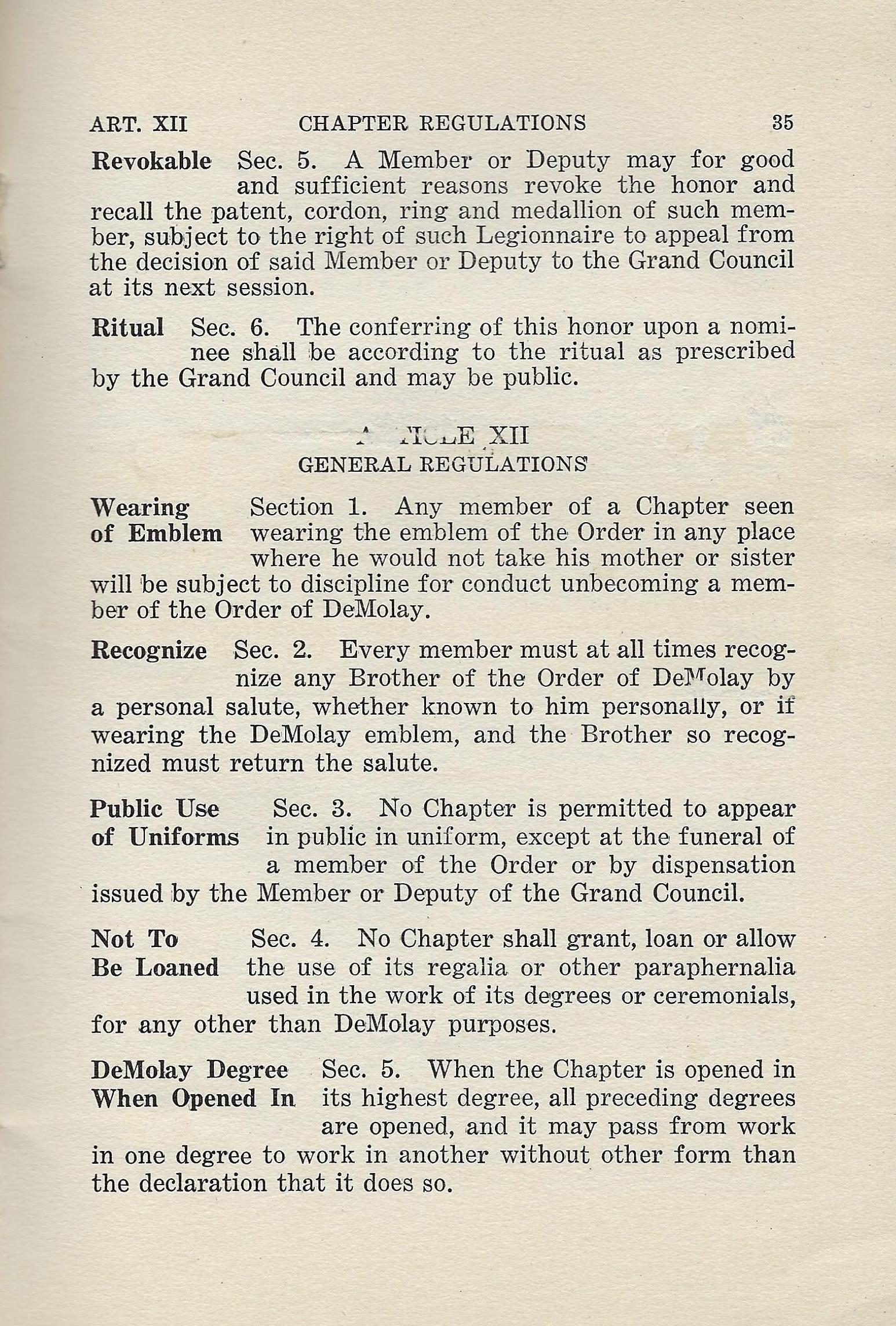 It reads as follows:

“Recognize     Sec. 2    Every member must at all times recognize any Brother of the Order of  DeMolay by a personal salute, whether known to him personally, or if wearing the DeMolay emblem, and the Brother so recognized must return the salute.”

To discover the answer, we had to again consult with Bro. Greg Schaeffer, former Chairman of the DeMolay International Ritual and Regalia Committee, who reported the following information:

“In the 1st-5th Editions, and there is no explanation of a "salute," except in the 1st Edition, which says:

“The usual military salute will be given whenever indicated by the ritual.”

During the ceremonies, whenever an officer was addressed by the MC, he was to

rise and salute, giving a military salute. That was eliminated in the 2nd Edition (1920). Apparently some Chapters were still doing it, however, because in the 4th Edition (1926) the Ritual Committee, headed by Dad Frank Marshall, added:

“Officers or members need not salute MC when addressed by him, only rise and address the MC as "Brother Master Councilor."

And apparently "need not" wasn’t clear enough so in the 5th Edition the Ritual Committee was more explicit:

“Officers or members should not salute MC when addressed by him but only rise.”

That direction lingered until the 9th Edition (1963) when it was removed completely.

At no point was there any explanation tying the first edition "salute" to either the Initiatory or DeMolay Degree sign.  So the only reasonable explanation for the 1934 regulation was that it was a reaction to the direction in the 1st Edition to “the usual military salute.”

1.) Why do you think the military salute was built into the 1st Edition of the Ritual?

2.) For what reason or reasons might the Ritual Committee have decided to remove the military salute from the ritual and customs of the Order?

3.) Why did it take so long for some Chapters to drop using the military salute?

4.) Do you really think the practice of giving the military salute could have lingered all through the 1940s and 1950s? Or was it just something that was ignored for a long period of time?

5.) Do you know of any Chapters that insist on following old traditions that are NOT a part of today’s DeMolay Program?